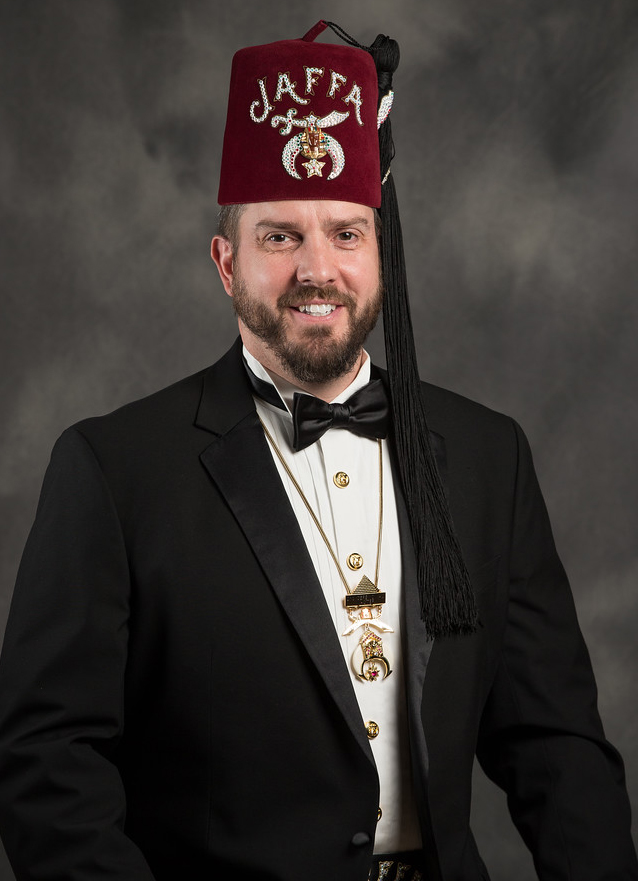 On February 20, 1922, a group of nobles met in the original Jaffa Mosque on Chestnut Avenue to form an Oriental Band. This musical unit appeared in several local parades and marched in the Imperial Session Parade in Washington DC. The oriental Band was an active unit in Jaffa Shrine until January 28,1924, when members of the unit voted to temporarily disband the Oriental Band and organize the Jaffa Shrine Drum and Bugle Corps.

The Jaffa Drum And Bugle Corps immediately became active and participated in several local parades and made it’s first Shrine parade appearance in the Jaffa Caravan at Punxsutawney on June 10, 1924; on September 18, 1924, the Corps traveled to Atlantic City, New Jersey to march with other Jaffa units in the Imperial Session parade.

Since it’s conception the Drum and Bugle Corps has been fortunate to have had dedicated members as well as strong support from the entire Nobility of the Jaffa Shrine. On January 21, 1925, Nobel Joe Dickson was elected to the position of director of the Corps and held the position until 1953 when he was made Director Emeritus. Noble Joe is the only member of the Corps to have been accorded this honor. It is the policy of the Jaffa Drum and Bugle Corps to bestow Emeritus Membership on that corpsman who have been active for twenty years. There are currently __?__ Emeritus Members still marching.

Through the years there have been family relationships within the Corps membership, some of these families are: Charles A. Auker and his sons Charlie and Howard; Martin H. Berry and his son Marlin as well as his brothers Dick and Gene; John H. Christman and his son Steve; Gerald G. Fleck and his son-in-law Thomas M. Foose PP; Bill and Pat Fagan and brothers-in-law Richard Sheeler; William J. Harris PP, son Gregg and Grandson Bill; Robert K. McClellan and his son R. Clair and grandson Scott; Gary and Loy Kurtz and their step father John Powell; Kenneth Conrad and his nephew Ronald Estep Jr.

During the 79 Year history of the Jaffa Drum and Bugle Corps there have been two corpsman that have been active marching members for over 50 years. They are Raymond Bookwalter and R. Clair McClellan. This was an extraordinary commitment of service by thee two nobles.

For the first 25 years the brass bugles were straight horns, in 1949, Past Potentate Arthur E. Winter presented the Corps with 24 single piston bugles. This enabled the Corps to expand it musical presentations. These single-piston bugles were a big improvement to the straight horns and were in use for 42 years, being replaced with the “Dynasty Pro-Line” three-valve bugle in 1992. These three valve horns enabled the Corps to further expand its musical capability. The percussion section was upgraded in 1996 with the purchase of a complete set of “Dynasty Eagle” drums.

In the past 40 years, the Jaffa Drum and Bugle Corps has been very successful in Shrine competitions as well as being highly ranked in local parades, with 22 First and second place honors. During this period the Corps has been judged first in MASA Convention Parade competition 18 times and received the coveted Chuck Jordan Memorial Award (Judges Trophy) 1n 1991, 1994, and 1998 for being the most outstanding unit in the line of March in the MASA Convention Parade.

Never forgetting our commitment to Free Masonry, the Corps has made several appearances in support of Masonic activities. At the request of the Grand Master we have made parade appearances in Ligonier, Pennsylvania in 1976, celebrating the Bi-centennial of the United States of America, and at Gettysburg in1993, for the dedication of “Friend to Friend” Masonic monument in the Gettysburg National Cemetery.