Meets Wednesday after the second Tuesday in the Mounted Patrol Room at 7:00 PM 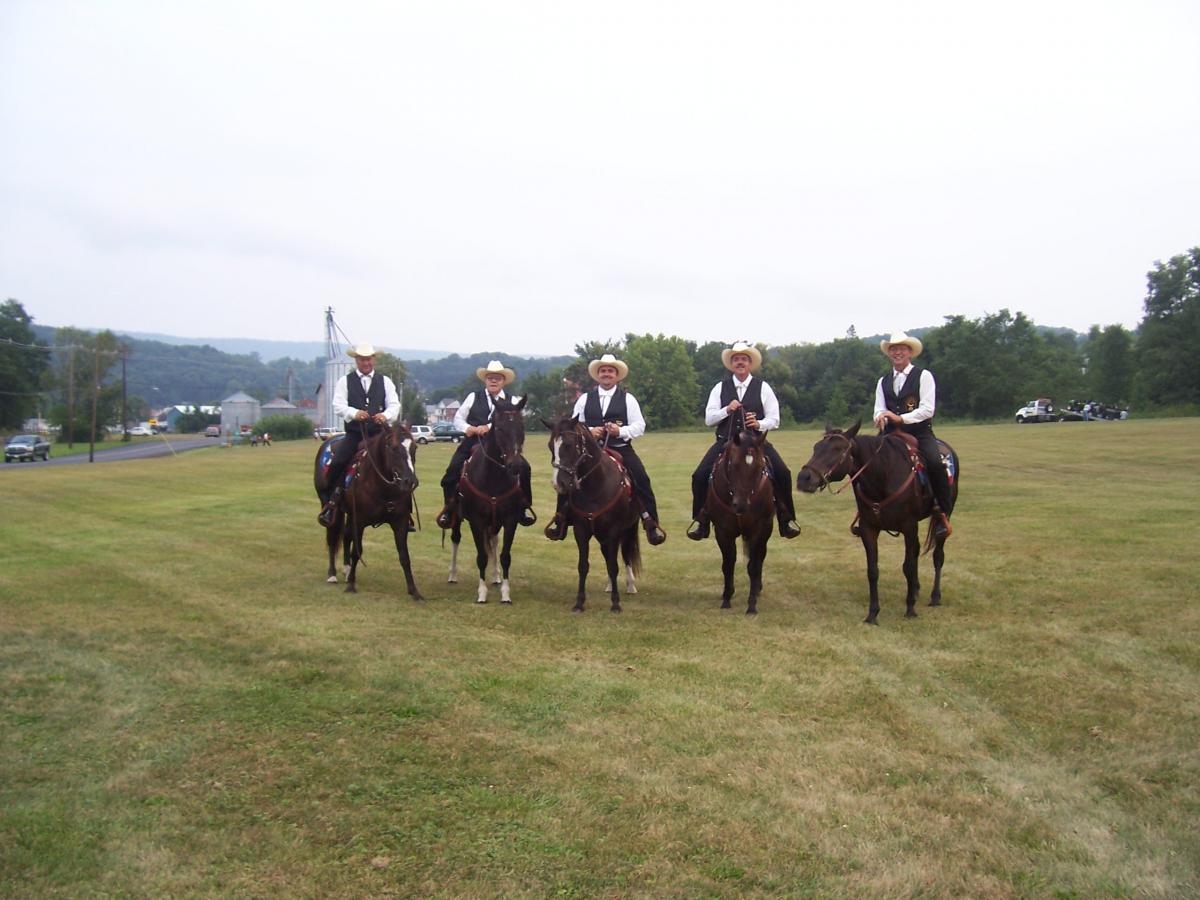 The Mounted Patrol was formed under the watchful eye of Potentate Thomas Treese in 1965. The original members of the unit were Captain Benjamin Levine, Lieutenant Paul Winter, Secretary -Treasurer Thomas Bell, David Goldberg, Emile Helms, Byron Roberts and Willis Poorman. In 2003 the only living member of the founding group is Willis June” Poorman.

For many of our 47 years as an organization, the unit has sponsored horse shows, the first being held at the home of Byron “Barney” Roberts at what is now the Lemmon house at the top of Cresson Mountain, now owned by the Commonwealth of Pennsylvania.

In later years, the shows were held in Legion Park, Hollidaysburg and the Frankstown Country Club, which became the Plank Road Commons Shopping Center, precluding subsequent horse shows there. 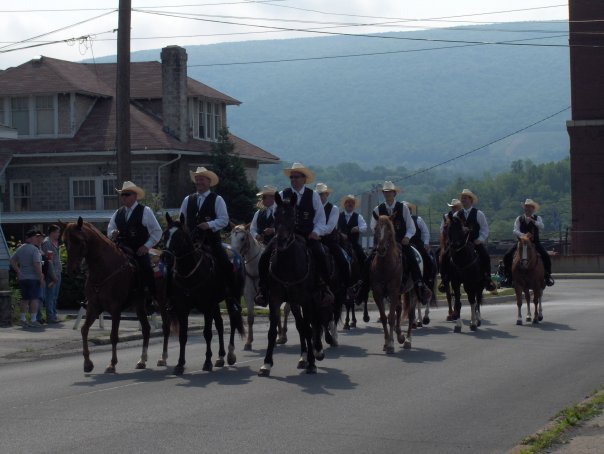 When the horse shows ended, the Patrol sponsored a spring trail ride for years at the Logan Valley Broncs Riding Club at Tipton. The three-day events attracted riders from all over the Pennsylvania and neighboring states. Currently our rides are on a smaller basis for our own members and families, friends and prospective members, and have been held at the homes of Captain Emeritus Richard Schaffer at Meyersdale and. We also tried our hands at rodeos, but the bull” got to be too much!
The horsemen nobles have transported their mounts all over the eastern part of the country for local parades, Jaffa Parades and Caravans, Mid-Atlantic Conventions and an Imperial Convention at Atlantic City. Those many miles of hauling horses in everything from a pick-up truck with high sides and a loading ramp to stock trucks and fancy trailers with dressing and tack rooms have garnered no fewer than 42 trophies for participation in parades and drill team competition. Most of these trophies are second and third place, but despite stiff competition from other horse units in Pennsylvania shrine temples and other units in Maryland, New Jersey and West Virginia, we won first place trophies at the Atlantic City, Pittsburgh, and Virginia Beach Mid-Atlantic Conventions. In 1972 the Imperial Convention was held at Dallas-Fort Worth, Texas, and Nobles Beckwith, Ernest, Imler, Jackson, Smith and Troxell rented horses there and rode as a unit, with three members of LuLu Mounted Patrol.

Our steeds are representative of the horses found in Central Pennsylvania. Many of our members ride Quarter Horses, but we also have Paso Finos, and Paints. Over the years we have tried to emphasize sorrels and chestnuts colors, but we have and had bays and grays. Palominos and buckskins, red duns and white. It takes a variety of both riders and horses to make a successful riding troop.

During our forty-five years there have been many who have served their lodges as master and labored in both Scottish Rite and York Rite. Most of our members have worked endless hours selling jewelry and nacho chips, popcorn, hot pretzels, and peanuts at the circus, and coffee, hot dogs and soda at the sports shows. They have supported the Hospital Crusade through their local Shrine clubs. One year the Mounties pushed a wheelbarrow load of pennies into the auditorium and presented it to hospital Chairman Imler to kick off the Crusade. In 1980 at the Potentates Reception, we presented Potentate Fred Imler with a one month old foal as a gift.

Some of our members have done outstanding things over the years and their actions stand out a little stronger for various reasons. Donald Wolford. Charles Hendricks and Fred Imler have served our temple as Potentate. Charles Catterall has served as Recorder.

And who can forget Pete and Kitty Duganne who showed up with a whole picnic to serve all the Mounties and their families at many parades? The delicious post-parade picnics after parades and the countless Christmas parties hosted by the Crums. Lt. Tom Smith hosted several summertime picnics and trail rides at his cottage in Loganton, and then there was Doc Hendricks who served as Teddy Roosevelt’s Cavalry Medical Officer, chasing the elusive bandit Pancho Villa in the Texas Territory, even before Texas was a state.

Two ladies of Mounties, Lynn Schaffer and Lynn Darr, have brought some notoriety to the unit. Years ago they began helping before parades, shining boot toes, adjusting tack and uniform, applying fly spray, and most noticeably putting the checkerboard design on the horse’s rumps. Everybody noticed that – thank you girls! Lynn has also hosted picnics at her and Dick’s home in Myerstown.

In the early 1970’s one Mountie got tossed before the parade at Phillipsburg. The local hospital had no emergency room doctor on duty, so after parading. Doc Hendricks took the Mountie to his home and stitched up the hole in his head at the kitchen sink, using scotch for both antiseptic and anesthetic. This is how Scotch became the official drink of the Mounted Patrol.

Not all horsemen who are Shriners are members of The Mounted Patrol. Being a Mountie takes a lot of dedication and time. Mounted Patrol members must get to parade sites before most other units to groom and tack up the horses and ride to the parade formation area. When the parade is over, the horses must be cooled down and the tack removed and cleaned before reloading into trailers for the ride home.

Travelling to another state for a convention takes extra effort and expense. Most horses must have special parade shoes, get inoculated for infectious diseases known in that particular area of the country, and have a coggins test and health certificate from the local veterinarian. Finding suitable stabling is not always easy.

In recent years The Mounted Patrol has grown in membership. We still travel to many parades and to Virginia Beach for the MASA convention. We have also gone to some community events and allowed the children to see the horses up close. Just a few years ago, The Mounted Patrol sponsored the spring trail ride for The MASA Horse Patrol. This year, Brad Germaux is the President for The MASA Horse Patrol and the spring trail ride will be returning to Gettysburg.

Every Mountie will agree that being a member of the unit is worth all the hard work and the extra effort that it takes. So, as we say in the unit, sit tall in the saddle and keep a steady hand on the reins.