The dream of forming Jaffa Temple began to unfold in the late 19th century among a number of Nobles who held membership in Syria Shrine, Pittsburgh, Pennsylvania. By 1902 there were about 200 Nobles residing in the Altoona Area and it was this group that met and formed the Altoona Shrine Club on October 23, 1902.

The dream of a Shrine Center in Altoona started to show realism in early 1903 with the Charter being granted on July 9, 1903. The charter outlined Jaffa’s jurisdiction as follows: Counties of Blair, Potter, Cameron, Centre, Clearfield, Clinton, Jefferson, Cambria, Huntingdon, Mifflin, Fulton and Bedford and to the jurisdictional lines between Syria Temple in Pittsburgh and Jaffa in counties of Somerset, Westmoreland and Indiana, and concurrent jurisdiction with Zem Zem of Erie in Elk County. Jaffa’s jurisdiction extends from the New York to Maryland line, east to Lewistown and west to Blairsville.

The newly constituted Jaffa Shrine had no permanent home. On June 26, 1909 ground for a new Shrine Center was broken at 709-711 Chestnut Avenue. The new Shrine Center was dedicated on August 25, 1910 with the induction of 111 new novices and the formation of the Jaffa Improvement Association.

As Jaffa’s membership grew, the Shrine Center on Chestnut Avenue to seemed to get smaller. On June 1, 1928 ground was once again broken for our present facility on Broad Avenue.
The current Shrine Center Facility was dedicated on September 25, 1930 celebrating 27 years of growth and development.

Supporting Jaffa Shrine are 17 marching units, 16 shrine clubs, the Altoona Valley or the Ancient Order Scottish Rites, and many Masonic Lodges throughout the 16 county jurisdictions.

The Jaffa Shrine Center is a mid-eastern designed architectural landmark within downtown Altoona.

Our Facility is currently used for all shrine functions plus civic events, concerts, banquets, trade shows and much more.

If I am rightly informed, in 1887 there was but one member of the Mystic Shrine in the City of Altoona, Noble H. P. Wilson.

In 1888, Nobles Harry F. Ferguson and Warren S. Lee followed and raised the number to three.

One by one the Nobility grew in our midst, until 1902, when we numbered almost 200 in Altoona and surrounding country, of about which 90 held membership in Syria Temple.

At the dedication of Syria Temple on October 23, 1902, the Nobles from Altoona, who were in attendance, assembled on the third floor of the Syria Temple, and organized the Altoona Shrine Club, and proceeded to elect temporary Officers with the following result: President, George F. Jackson; Vice-President Wilbur A. Rice; Treasurer, William W. Rudisill; Secretary, McClellan Wilson; and adjourn to meet in Altoona on call of the President.

At the subsequent meeting of November 13th, the action of the Club was: ratified, and the Officers chosen at Pittsburgh were made permanent.

A great deal of interest was manifested in the Club by the Nobles of the different Temples and ‘the many pleasant social, gatherings indicated that peace and harmony prevailed.

There was 160 present and one and all accorded it the Social Event of the Season.

The sentiment grew from time to time and the distance along the horizon you could see the word temple looming up, and the handwriting on the wall indicated Oasis Altoona; the longer we gazedthe more distinct it appeared, which was very evident and convincing that we should have a Temple located at Altoona.

After due consideration. Noble Charles F. Breisacher suggested the name Jaffa, and on motion of Noble A. S. Stayer the name of Jaffa was adopted for our new Temple.

The Secretary procured a blank whereby to petition the Imperial Council for a charter. The necessary signatures were secured, and Noble George F. Jackson was delegated, with the following Nobles, William W. Rudisill, Wilbur A. Rice, H. L. Nicholson, William H. Irwin and John Dowling, as a committee to attend the Imperial council at Saratoga, NY, and present the petition and pray for its favorable consideration.

After the committee arrived at Saratoga they were informed that protests had been entered by Syria, Irem, Rajah and Zem Zem Temples, against granting a charter to Jaffa Temple, which seemed discouraging for the time being, but they applied the old rule essential to human life— “Seek and ye shall find; ask and it shall be given unto you; knock and it shall be opened unto you.” The Committee not only knocked, they commenced hammering; they wanted in; and through the intercession of Illustrious Noble Edwin B. Hay, of Almas Temple, Washington,
D. C., Past Imperial Potentate, Illustrious Noble Francis Hemperly; a charter was granted July 9, 1903, and Jaffa Temple an assured fact.

In the evening of October 2, the Officers with a large delegation of Members from Syria Temple arrived.

After the election and installation of the Officers, Illustrious Noble Warren LaRue Thomas, of Kosair Temple. Louisville, KY, marched to the edge of the stage — every Noble thought he had part of the scenery belonging to the theater tied up to take along to Pittsburgh as a souvenir — but to our great surprise, he unveiled the massive package and unfolded a most beautiful, magnificent and costly banner, and in behalf of Syria Temple, and with the eloquence characteristic of Noble Thomas, presented the handsomely embroidered banner to Jaffa Temple. The banner was received on behalf of Jaffa Temple by Illustrious Noble Edwin B. Hay, of Almas Temple. Washington, D. C., who, in an eloquent and pleasing manner, thanked the Officers and Nobles of Syria Temple for their kind consideration, and assured them that the Nobles of Jaffa Temple held their Mother Temple and its Officers in the highest esteem.

Illustrious Noble Jay C. Grove and Peter Barkey, Potentate and Recorder of Zem Zem Temple, we are sorry to state, were obliged to leave for home early in the afternoon, owing to some important and special business.

Jaffa Temple commenced its existence with One hundred and Sixty-four Charter Members and a class of Two Hundred and Thirteen Novices, making a membership of Three Hundred and
Seventy-Seven on the day of Constitution. 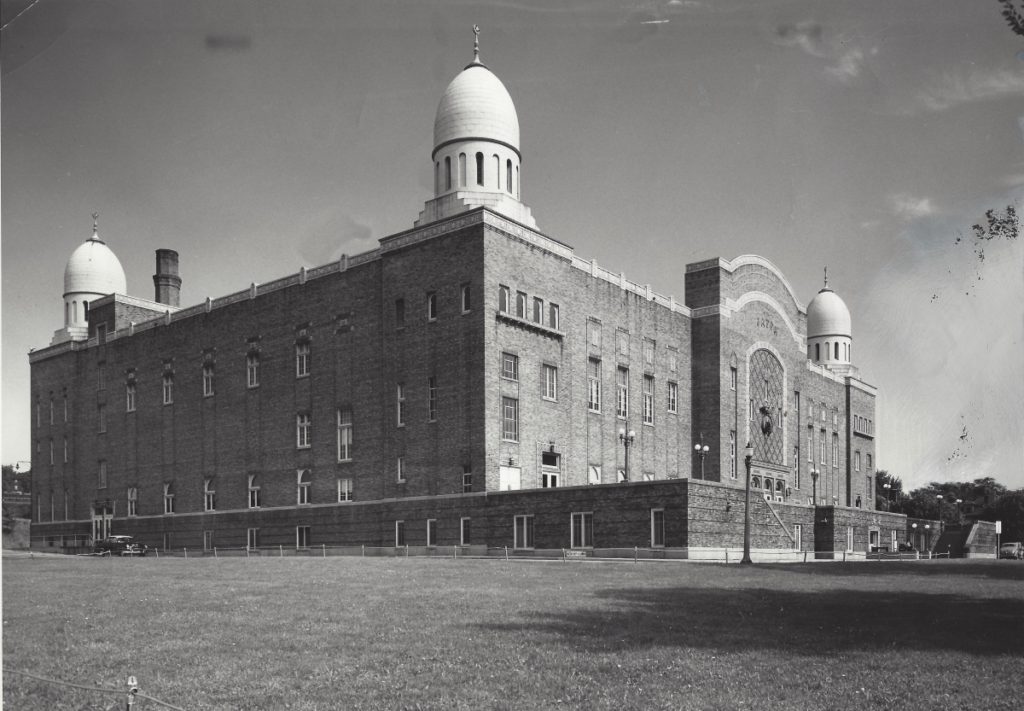 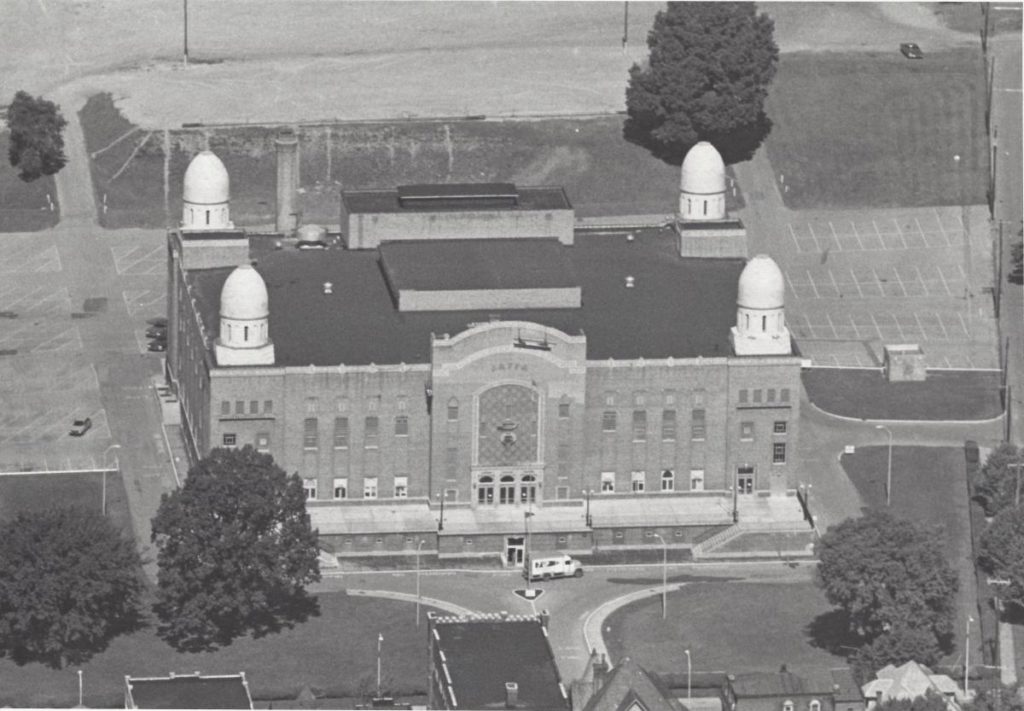 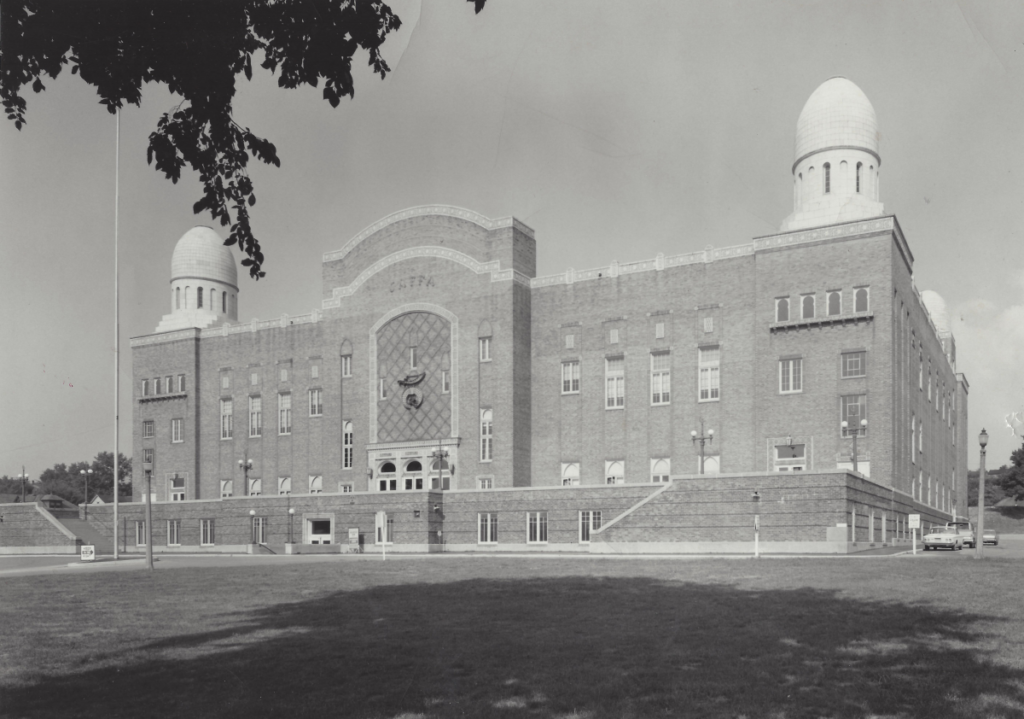 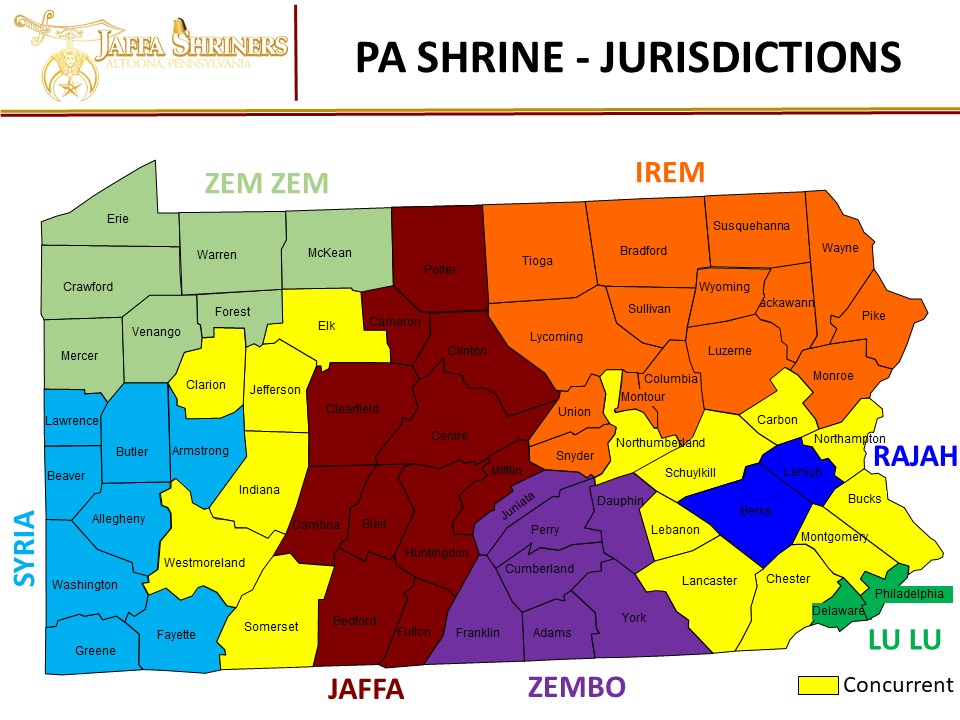 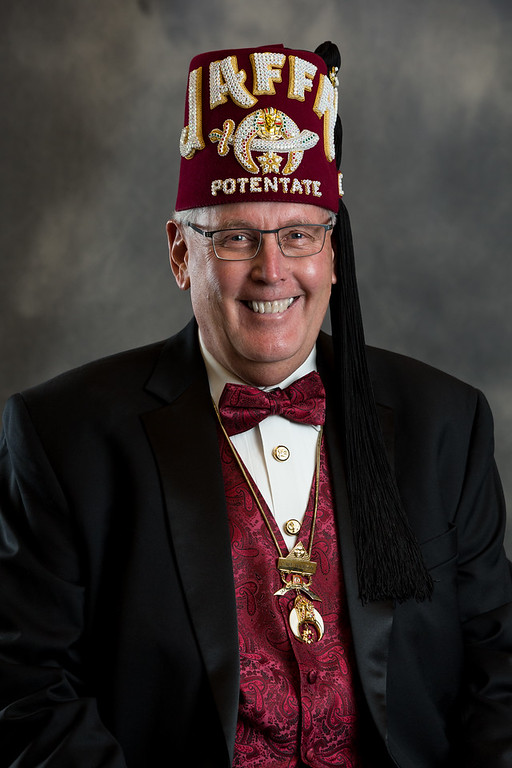 Jim was born in Spangler, Pa and moved to Altoona in 1960. Jim is currently employed at Ward Transport and Logistics for 31 years as the Telecommunications Manager.

Jim is married to the former Deborah Rutherford. They have one son, Christopher, who is also a member of Jaffa Shrine. 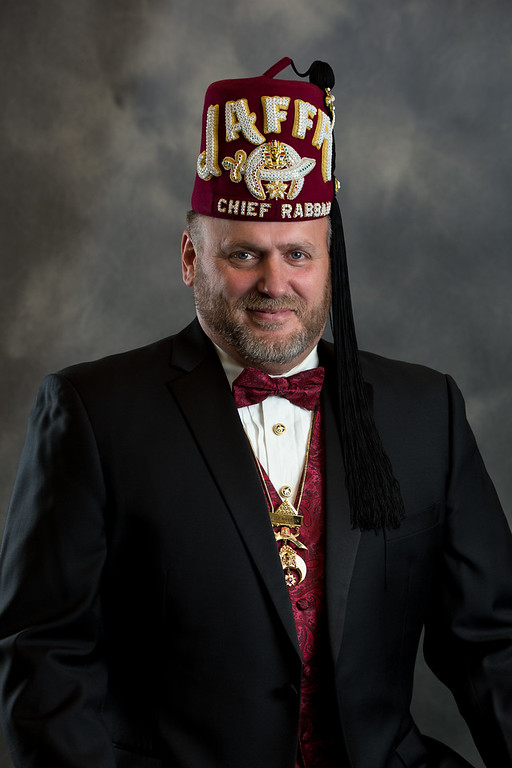 David joined Jaffa Shriners in Spring of 2010. He is a member of the Jaffa Calliope Clown Unit, the Cove Shrine Club, and Jaffa’s newest club, the Mountain City Shiners. He is a Past President of the Jaffa Young Nobles Club. David has served on many of the committees at Jaffa and is a past Chairman of the Membership Committee. In 2018 David was elected to the Jaffa
Shriners Board of Directors.

As well as being a proud Jaffa Shriner, David is involved in many other areas of Masonry. He is a Past Master of Woodbury Lodge #539 in Roaring Spring. He is a member in the York Rite bodies, as well as the Scottish Rite bodies where he serves in the Consistory line.

A lifelong resident of Blair County, David currently resides in Duncansville, PA with his wife Traci and daughter Alexis. They attend the historic St. Patrick’s church in Newry.

David can be reached at: davidedodsonjr@gmail.com 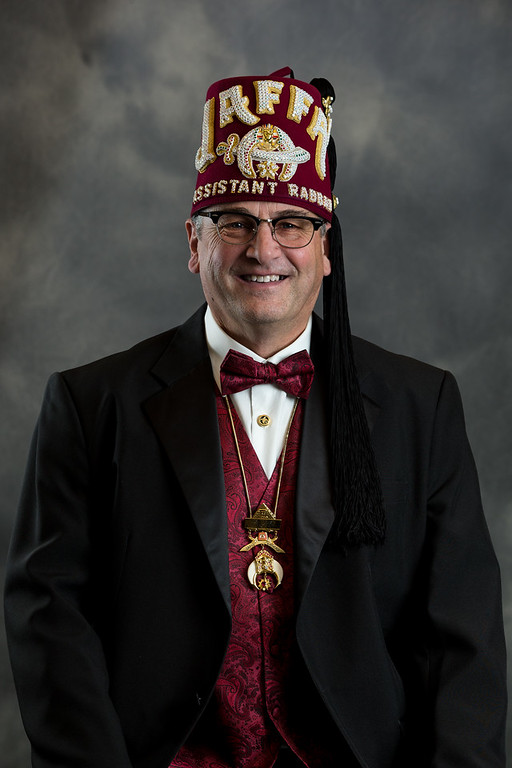 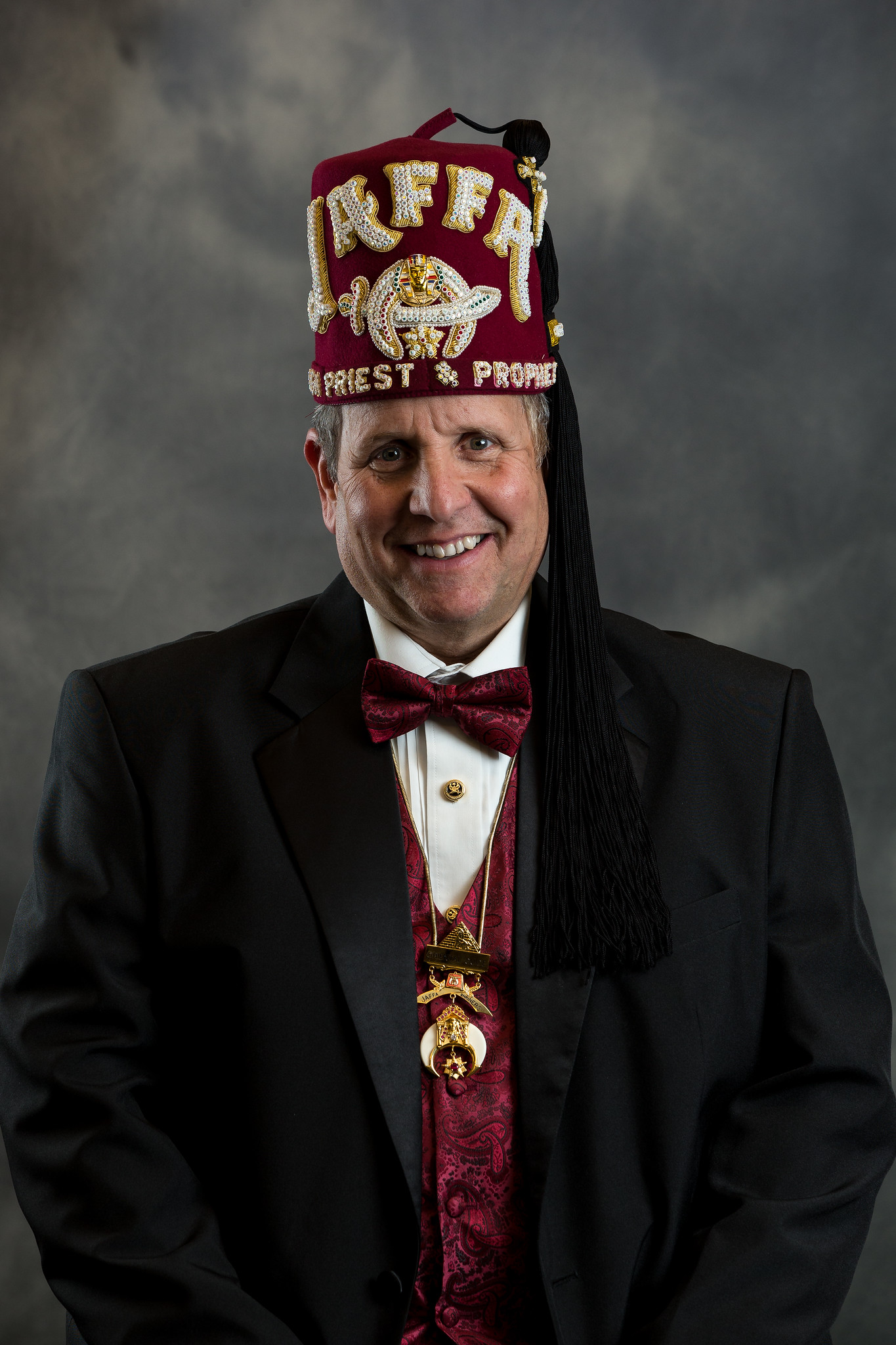 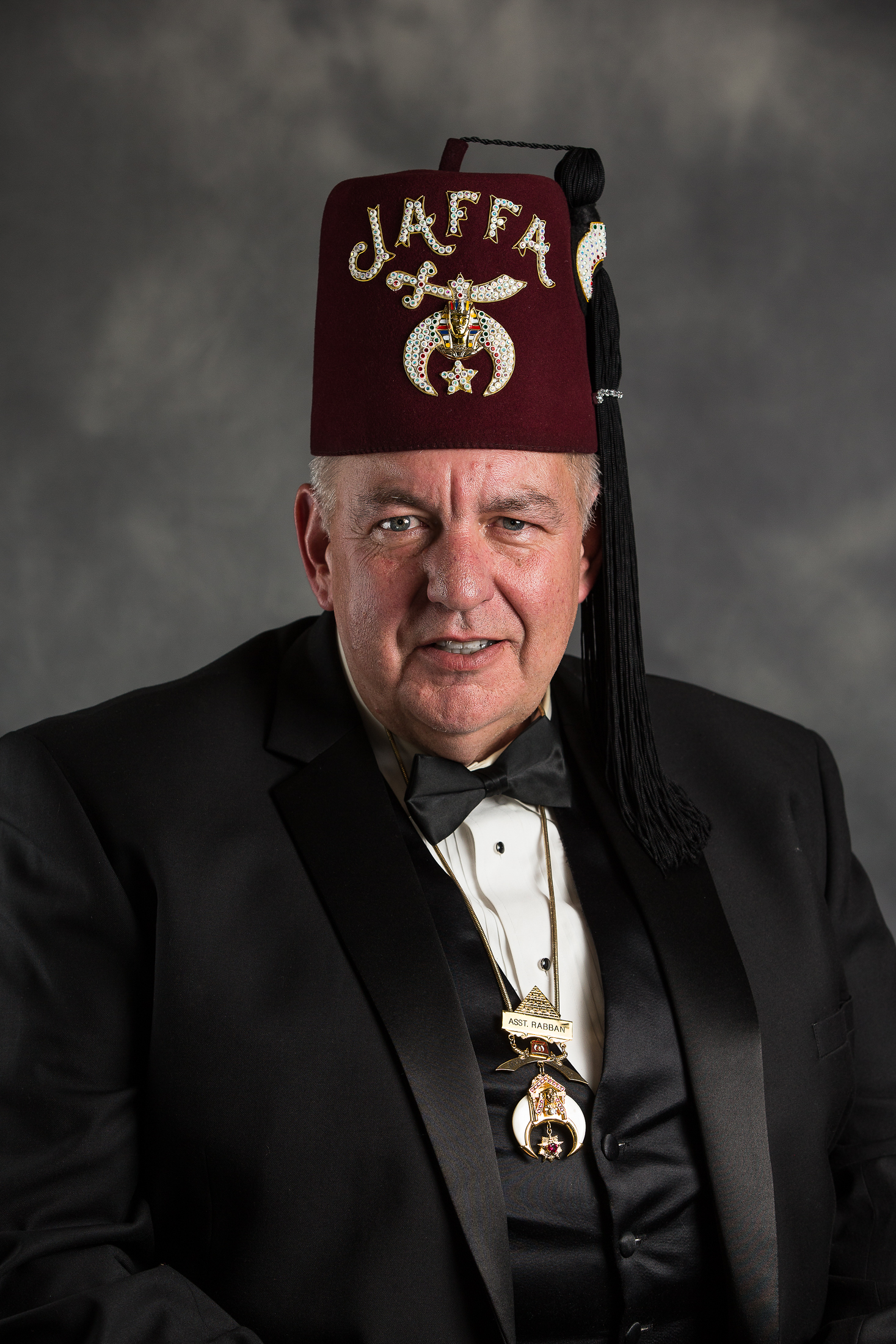 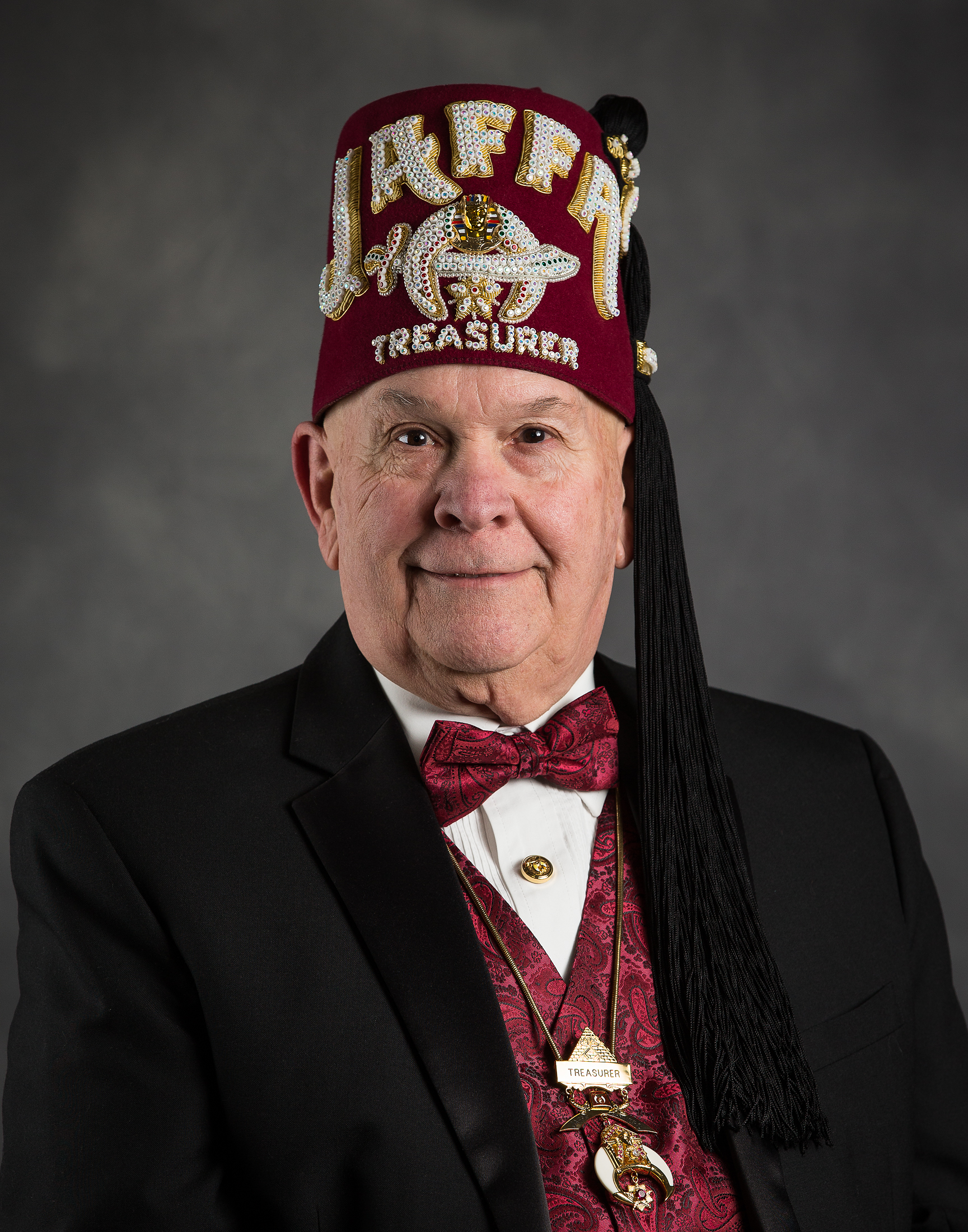 Barry was born in Altoona, PA.  He is married to Susan A. Gehret and they have four children; Rebekah, Stephanie, Marissa, and Garrett.  Stephanie has two children; Dominic and A.J.  Marissa has one child; Tucker. 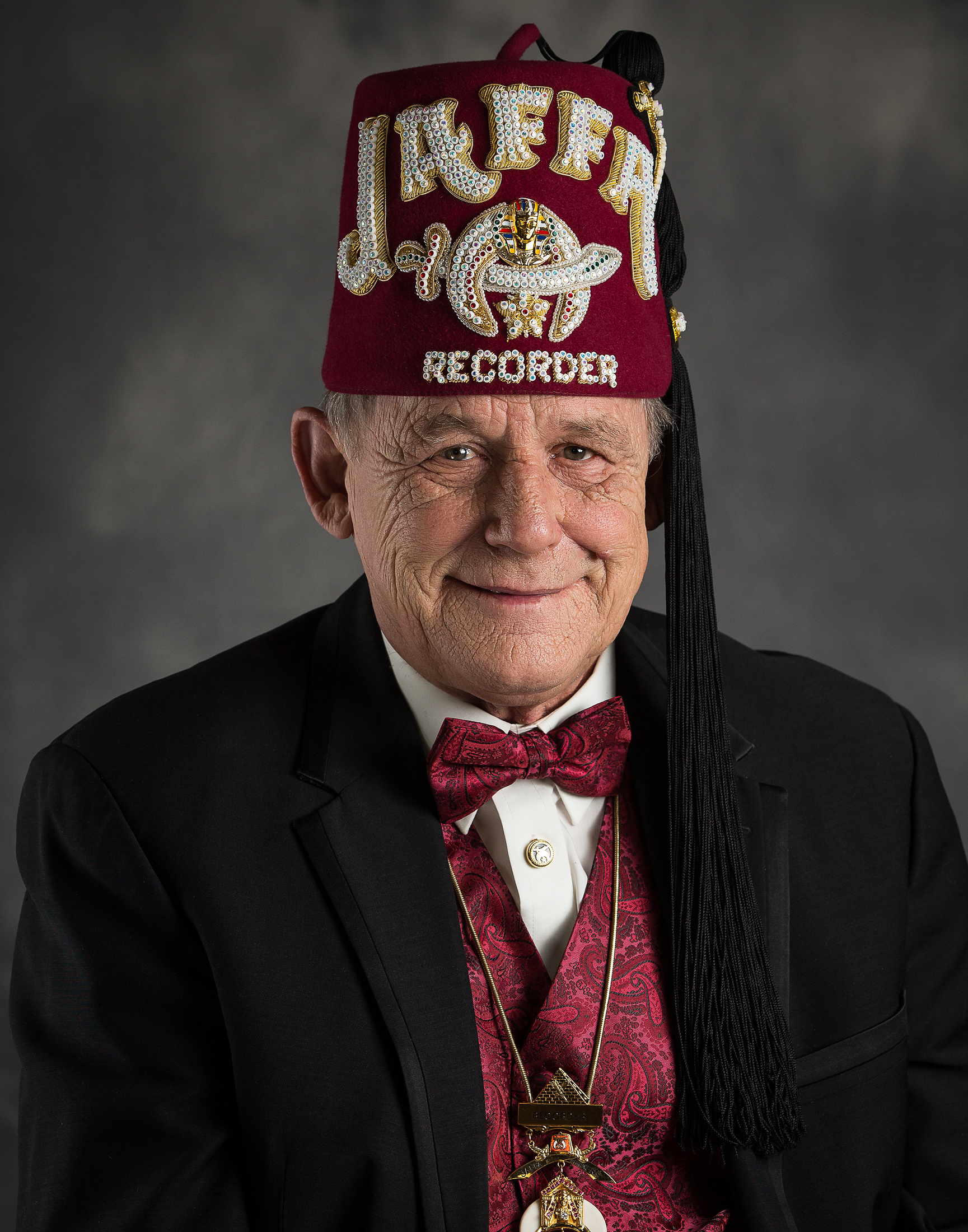 Danne Kindle was born in Warsaw, Indiana, raised in Chicago, Illinois, and in 1968 married Patricia Collins. They have been blessed with two daughters Danae & Kimberly, who further blessed them with three grandchildren Daniel, Payton & Ethan.

Danne was entered, passed and raised to the sublime degree of Master Mason in 1973 in Chicago Heights Lodge No. 858; Royal Arch Chapter No. 218; Commandery No. 78, and Medina Temple Chicago, Illinois in 1974. He is a Past Master of Hiram Lodge No. 616 in Altoona, Pa and is currently serving as the Principal of the School of Instruction for the 20th Masonic District.

Having transferred to Jaffa Shrine in 1979, Danne has been a very active member within the Shrine. He has been a member of the Jaffa Rifle Drill Team since 1979; Paper Crusade Chairman 1986; Chairman of Concessions 1995-2006, Sports Show Chairman 1999; Member of the Ritualistic Degree Team since its inception and currently Director; Unit Officer since 1995 and currently Colonel of Units. Danne was honored to be elected by the Nobility to serve as Recorder since 2015.