Visit the Highlander's Google Calendar for meeting dates and times 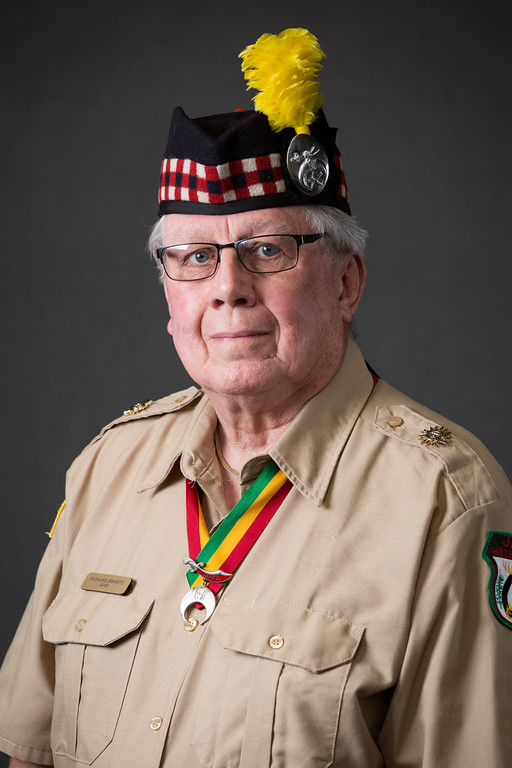 The Jaffa Highlanders were formed under the leadership of Ill. Noble William Hammer, Potentate in 1976, who granted permission for its formation (making it the 14th Unit of Jaffa, at the time). Noble Roy Cook, Jr. had an integral hand working the Ill. Sir Hammer.

The first formal gathering of the Highlanders was held at the home of Noble Dennis Ridenour on the 26th May, 1977. The following Nobles were at this meeting: Angus, Cook, Fulmer, Law, Meadows, Reese, Ridenour, and Thompson.

It was at this meeting, that ‘Jaffa Highlanders’ was voted to be the official name of the Unit. ‘The Hunting Gordon’ Tartan was chosen as the Unit’s official tartan, in honor of Noble Gordan Bringham who was one of the original organizer’s of the Highlanders and was called too quickly by the Black Camel to the realms beyond the Great Sands.

The original by-laws were submitted, and approved, by Ill. Noble Charles Eillis, Jr., Potentate on the 8th August, 1977. The Unit had its struggles in those early days…then on 1st October, 1978 John R. Hamilton, a renowned teacher and piper, was retained as the Highlanders pipe instructor. The pipers were off to the races, while the drummers received instructions from Noble Walter Martin, as well a local Scottish Drummer – David Peet (MM°).

While the uniform of the Highlanders has changed slightly over the years, we still wear the Gordon kilts, and full highland dress to the proper occasions or when asked by the Potentate or Nobility.

The Highlanders are proud to have had the following Nobles of their Unit serve in various capacities of the Jaffa Shrine:
*1986- Noble Robert Emrely – 1st Assistant Clan Chief of the M.A.H.A. (Mid-Atlantic Highlanders Association), who went on to become the MAHA Clan Chief.

The Jaffa Highlanders are called upon to play for many community events, such as: parades near and far, music for special events, The March of Dimes, Walk for Pets, Veterans events, fire and police organizations of all types, various school programs of all ages, and are available to assist families by playing at certain religious and personal ceremonies. We have played with The Chieftans at Penn State in the past, and look forward to many years of continuing to earn the praise and appreciation of our fellow Shriners and community. .